Who Is David Chipman and Why Should You Care? 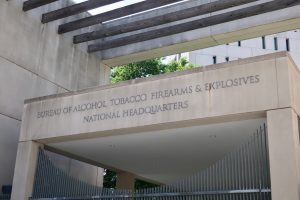 David Chipman is the Biden administration’s pick to head the Bureau of Alcohol, Tobacco, Firearms, and Explosives (ATF). As this administration is probably the most anti-Second Amendment (2A) administration the country has ever seen, it’s not surprising they would nominate a gun-control advocate to head ATF. So why should we be concerned?

For those unclear on the Democratic Party view of the 2A, Tucker Carlson sums it up nicely in this video. The video is worth a few minutes of your time as it clearly shows their fraudulent approach to what is arguably one of the most important rights protected by the Constitution.

The ATF is one of the most powerful agencies in our government, their stated mission is as follows:

Regarding firearms, some would argue that the ATF spends more time harassing law-abiding gun owners than pursuing those committing firearms related crimes. A reasonable argument can probably be made for both sides.

David Chipman is being proposed to head ATF. His nomination has cleared committee in a party line vote and will now proceed to the Senate for a full vote. The full Senate vote is also likely to be along party lines. Even Susan Collins (R-Maine) considered a moderate Republican, has indicated she cannot support the Chipman nomination. It’s possible that a moderate Democrat could vote against Chipman and derail the nomination, but we’ll have to wait and see.

David Chipman is an extremely dangerous choice to head ATF. At a time when public trust in government is very low with abuse of power among top government officials increasing at an alarming rate, putting an extremist in charge of ATF could be explosive.

Chipman is not just a gun-control extremist but might be considered a lunatic even within that community. A lunatic who stands out in a sea of lunatics. Sort of a lunatic’s lunatic. The following is a list of considerations (many discussed in the Carlson video) regarding David Chipman:

Is this a man who should be heading the ATF? It comes down to a familiar question; in what kind of country do you wish to live?