Do Waiting Periods Really Save Lives? 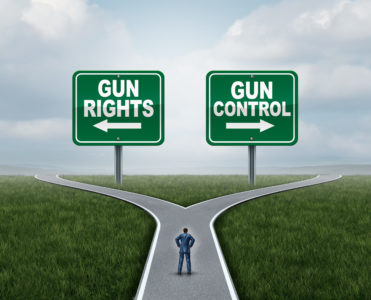 Requiring law-abiding citizens to wait some arbitrary period between the time they purchase a firearm and the time they take possession of that firearm has been a staple of the gun control left for a long time. The argument being that a waiting or “cool down” period will reduce homicides committed using firearms. But is that really true? Are waiting periods really effective? Let’s take a look.

There are about ten states that have some sort of firearms purchase waiting period. Five of those states apply the policy to all firearms while in the other five the policy applies only to handguns. 40 states have no policy These are 2015 numbers and may be slightly different today.

We first saw waiting periods when Congress passed the Brady Act in 1994 which included a five day waiting period for handguns. This waiting period ended in 1998 with the implementation of the National Instant Criminal Background Check System (NICS).

Arguments for waiting periods usually stand on the following:

Let’s address each of these arguments.

There are studies cited by the left claiming waiting periods save lives. I don’t link to those here as I try not to promote sources that I know are intentionally misleading or inaccurate. Most have been debunked by legitimate researchers. I do encourage you to seek them out for yourself and draw your own conclusions.

Two sources for unbiased and accurate gun policy information are the Crime Prevention Research Center and Just Facts. Both sites contain fully sourced accurate information. If you do a little research, you’ll find there is no evidence that waiting periods save lives. Like most gun control laws, they have no impact on crime or public safety but only infringe on the rights of law abiding citizens and make us all less safe. But gun owners already know that.