Why Do You Need a Gun? What Are You Afraid Of? 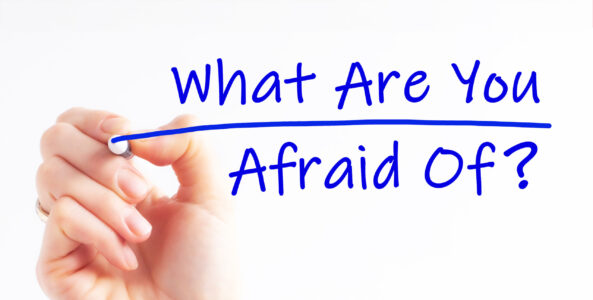 Have you ever been asked why you need to carry a gun? Was it paired with what are you afraid of? Sometimes these questions are asked by those who truly don’t understand and want to learn. Other times they’re asked in a snarky way by anti-Second Amendment types. In either case your answer is important as its an opportunity to educate those willing to learn or to stand up to those intent on denying your rights.

The anti-Second Amendment types aren’t really interested in your answers. Their concern isn’t public safety but rather power and control. It’s difficult to exercise power and control over armed citizens. This is due not only to the armed aspect but also to the mindset of gun owners. For power and control, it’s much better to have citizens disarmed, helpless, and dependent on government. The best you can do by way of response to this group is to not be defensive and be clear that your rights are not negotiable.

Anti-gunners present a real opportunity for education. Those who don’t own firearms tend to get their information from the media, either news or entertainment. Most of that information is incorrect, much of it intentionally so. This misinformation tends to create fear and ignorance driving negative public opinion towards guns and gun owners. People in this group aren’t necessarily “anti-gun”, they’ve just been made to believe guns and gun owners are evil and if guns were eliminated there would no longer be violence in our society. Engaging an anti-gunner presents a great opportunity to help them learn.

Gun owners generally, and concealed carriers in particular, are more aware of their environment than non-gun owners. Generally speaking, we live in a very safe country. The average person has a very good chance of living their entire life without experiencing violent crime. Still about 1 in 254 people will have their life ended by murder. Over 80% of Americans will be the victim of an attempted or completed violent crime. Gun owners are aware of this and tend to be proactive.

The next time you face those questions accept the challenge. The best analogy I’ve heard in response is that of the seat belt. I buckle up each time I drive my truck. I’m not afraid of being in an accident but I know people are involved in car accidents every day. I also know that wearing a seatbelt will significantly increase my chances of survival should I be involved in an accident. If I were to drive, even a short distance, without wearing a seat belt I’d be aware of it and I’d be uncomfortable.

It’s the same with carrying a gun. I’m not afraid of being a victim of violent crime but I’m aware it happens to people every day so I’m proactive. I learn as much as I can about how to avoid being a crime victim. Should that fail, my gun gives me an option of last resort other than begging a criminal for mercy. So I’m aware, I carry every day, and I’m not afraid.

Previous PostHow Far Will It Go? – The Loss of Life, Liberty, and the Pursuit of Happiness
Next PostResponding To The Ammo Shortage – Is It Hoarding or Just Being Prepared?