California Dreamin’ – The Case for Optimism 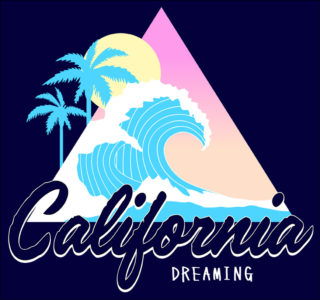 If you’re a gun owning American, California is arguably one of the worst states in which to live. California has an ever growing list of senseless, ineffective, and dangerous gun control laws. Be that as it may, there is reason for Americans to be optimistic about the future of the Second Amendment in California.

One should never take the position that “things can’t get any worse”. Some may have felt that way during Jerry Brown’s first reign as governor from 1975 to 1983. What did those people think, I wonder, when Brown returned from 2011 to 2019? Any thoughts of “things can’t get any worse” were probably completely eliminated with the arrival of Gavin Newsom in 2019. Yet sometimes getting worse can be a good thing.

Gavin Newsom is one of the most anti-Second Amendment (2A) governors in the country. Gun ownership is a right of all Americans regardless of political affiliation so all Californians will suffer the effects of Newsom’s gun control policies. He is also a fierce proponent of some of America’s most destructive social policies and this may be a good thing.

The political party affiliation breakdown in California is roughly 43.11% Democrat, 23.57% Republican, and 28.3% that decline to state. All Californians are feeling the effects of the terrible policies of the current government. An article by Victor Davis Hanson provides a comprehensive summary of the problems caused by these policies. Coastal cities are especially feeling the impact of increased crime and other problems. Voters that support the politicians who create these destructive policies tend to live in these urban areas.

Therein lies the reason for optimism. There are signs that city dwelling Californians are reaching their limit in what they are willing to suffer. Governor Newsom is facing a recall effort. Los Angeles Mayor Eric Garcetti is facing recall as well. These are good signs.

As all Californians suffer under the policies put forth by the anti-2A politicians who overwhelmingly control our state, the pressure for change will grow. Eventually the pressure for change will reach a point where these people will be voted out of office and we’ll again have a more or less balanced two party system. When that happens, the time will be right for leaders that support the Second Amendment to repeal many of the destructive gun control laws currently in place.

Contrary to popular opinion, most Californians are normal rational people that will make good decisions when given the opportunity. Even the mental illness that has taken root in the coastal cities is curable given enough time and after enough suffering.

Previous PostOf Guns and Leather
Next PostGuest Post- What’s The Biggest Danger To Our Second Amendment?