How to Legally Transport Firearms in the Peoples Republic of California 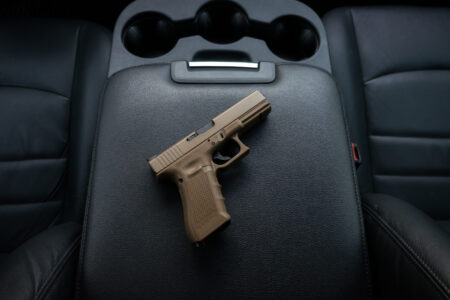 In the last few months we’ve seen a dramatic increase in gun sales across the country. At first this was fueled by the public’s reaction to government restrictions due to the COVID19 crisis. Later the public’s newfound fondness for the Second Amendment was propelled by the mostly peaceful (MSM description) rioting, looting, and arson that swept the country in response to the George Floyd killing.

The overwhelming majority of the people purchasing guns were first time buyers with little or no previous firearms experience. The myriad illogical gun laws in California present many opportunities for the new gun owner to inadvertently become a criminal. This is especially true in the area of legal transportation of firearms. Recently, a fellow SDCGO Board member noticed numerous new gun owners arriving at the range apparently confused as to how to legally transport firearms. As a service to new gun owners, we’ll address the issue here.

California DOJ summarizes the rules and cites the penal codes here. More detail is provided below:

Handguns – Transportation of handguns is addressed in California penal code 25610. Handguns must be transported in an unloaded condition. The unloaded handgun must then be placed in a locked container. If you have a vehicle with a trunk, the trunk is considered a locked container. A console or glove box is not considered a locked container. “Container” is not defined so a canvas range bag will work as well as a hard case. What’s important is that the container can be locked shut with either a key or combination lock. I drive an F-150 so I don’t have a trunk. I transport my handguns unloaded and locked and in a locked heavy canvas range bag that sits on the floor of the back seat.

Assault Weapons (also known as evil assault rifles, killing machines or in Free America, modern sporting rifles) – California has taken what normal Americans would call a modern sporting rifle and through a bizarre combination of characteristics created the definition of an assault weapon. Assault weapons are subject to a number of special restrictions but concerning transportation, the same rules as those for handguns apply. Assault weapons must be transported unloaded and in a locked container.

It’s worth noting that not all law enforcement officers (LEOs) have an accurate understanding of the law when it comes to firearms. There are numerous laws, they are not always logical, and they change often. When transporting firearms it’s better to err on the side of caution and be overly conservative. This is especially true when transporting a modern sporting rifle which may or may not meet the definition of an assault weapon. Be absolutely sure about your rifle, the LEO may not be! Some gun owners choose to carry copies of DOJ documents explaining the rules and definitions. As with any interaction with LEOs be polite, be respectful, and provide only the information required.