Why Americans Continue to Arm Up 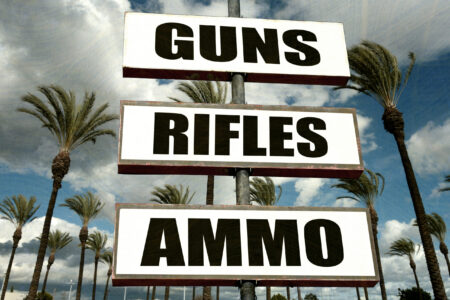 The recent arming up of Americans began in late April with the first word of the COVID-19 virus. Early on, the government listened to the “experts” and their dire predictions of rapid spread and high fatalities. The fear mongering, gleefully perpetuated by the media, resulted in a generally frightened public. Americans watching the behavior of their fellow citizens began to think that gun ownership might not be a bad idea. Hence the beginning of the buying frenzy. We are now in mid-July and the buying continues. Why?

State and local governments used the growing pandemic as an excuse to extend their power. Blue state governments predictably used the alleged health crisis as a basis to attempt to close gun shops and ranges. Public outcry along with work from Second Amendment activists and finally intervention by the federal government defeated those efforts. Still when the government behaves in such a way, Americans respond by buying guns.

In early summer, the wrongful death of a criminal at the hands of police in Minneapolis sparked rioting across the nation. Even though the officers responsible were immediately fired, arrested, charged, and are being prosecuted, the killing was used as an excuse for rioting and violent protests across the country. Americans watching the lack of response by government officials realized that the government won’t protect citizens. Americans continued to buy guns.

We are now in a Presidential election cycle. The pandemic inspired restrictions and rioting are likely to continue through November as they have both been politicized. One major political party is attempting to use the current situation and the corresponding negative impact on the economy as a means to win the election in the fall. Drastic changes are being proposed by that party should they win the election. The resulting country would be very frightening to most Americans. Americans continue to buy guns.

The common thread that runs through all this is the behavior of our government. More specifically the overreach under the guise of COVID-19 and the lack of response to violent criminal activity. Portland Oregon has experienced nearly six weeks of continuous unrest. The local government has not acted. When federal officials recently began to intervene they were threatened, attacked, and are now being sued by local officials.

So the buying will continue. June gun sales were up 145% over last year and May sales were up 80% over last year with an estimated 2,387,524 guns sold in June and 1,726,053 sold in May. This prolonged increase in buying along with the early work shutdowns has caused manufacturers to fall behind and made them unable to catch up. Firearm and ammunition shortages will likely continue for the foreseeable future.

Judging from the behavior of some of our fellow citizens, state and local government officials, and a major political party, things are likely to get worse before they get better. Chicago provides the latest example but there are many others. Be prepared. Be safe.