SCOTUS to Hear Second Amendment Case – What Could That Mean For Gun Owners? 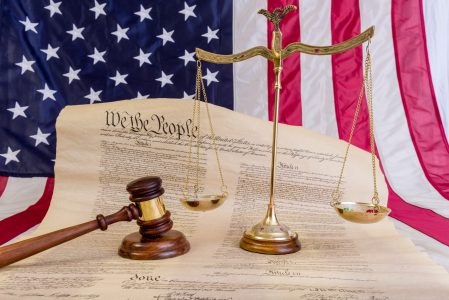 The U.S. Supreme Court (SCOTUS) has finally agreed to hear a Second Amendment (2A) case. The case, New York Rifle and Pistol Association vs Corlett, concerns concealed carry and will be heard in the next session which begins in October 2021. The question presented is whether the 2A allows the government to prohibit ordinary law-abiding citizens from carrying handguns outside the home for self-defense.

New York is a may-issue state meaning a law-abiding citizen must convince the state that he or she has a good reason to carry a firearm for self-protection. Something that sets them apart from the average person. If the state is convinced, it may choose to grant the citizen the privilege. There are only seven may-issue states in America.

The plaintiffs will argue such restrictions are unconstitutional. The defendant will argue that the laws have been in existence for over 100 years and are flexible and reasonable. New York State has a population of about 19.3 million. They’ve issued approximately 196,000 concealed carry permits, roughly 1% of the population, far less than the national average.

So how might the court rule? Currently there are five constitutionalist justices on the Court, Justices Amy Coney Barrett, Clarence Thomas, Sam Alito, Neil Gorsuch, and Brett Kavanaugh. These justices are more likely to rule in line with the Constitution. Justices Stephen Breyer, Elena Kagan, and Sonia Sotomayor are more often influenced by social attitudes and are less likely to strictly interpret the Constitution. Chief Justice John Roberts is considered conservative but is often influenced by the political climate and rules accordingly.

Given the above, there are two possible extremes and not much in between:

Best Case – The block of five constitutionalist justices rule in favor of the Second Amendment and shall-issue becomes the law of the land. The majority of the dangerous, hurtful concealed carry laws around the country become null and void.

Worst Case – The court rules that the Second Amendment does not apply to concealed carry and the bad laws stay in force.

The good news is the ruling is more likely to be closer to the best case than the worst. Even a worst case result is likely only to hurt those living in the seven highly restrictive states. Those citizens will suffer more as the already restrictive laws in their states likely become even more restrictive.

The other 43 states are unlikely to be affected by a bad ruling as the mood of the country is increasingly pro 2A in spite of what the mainstream media and the left would have you think. There are currently over 20 million concealed carriers in the United States with that number steadily increasing. Texas is about to become the 21ststate to enact constitutional carry. In spite of the current political situation and the related ammo and gun shortage things are good for gun owners in America and we should be optimistic.

The current administration in Washington D.C. is temporary and will be gone before you know it. Most of the damage they are doing is fixable. In the mean-time get involved and fight. Do your part to help bring about that change sooner. In what kind of country do you wish to live? It’s your call.